Crispy potato waffles are a delight any time. Add the complexity of black sausage and a dab of crème fraîche to this potato waffle recipe, and you have something worthy of savouring together with a glass of good wine.

Black sausage goes by many names and styles. I used Blackball Black Pudding from the West Coast of New Zealand’s South Island for this dish. It is usually associated with Western European countries, including Ireland, the UK, France (boudin noir), Spain (morcilla), and Germany (blutwurst). However, very similar sausages are also popular in Africa (mutura), Korea (soondae), and Vietnam (dồi huyết).

Whatever name it goes by, this ingredient has a wonderfully complex and rich taste. It is a great addition to a wide range of dishes. Strangely most of my NZ family and friends do not share my enthusiasm for this delicacy!

A dollop of crème fraîche topped these potato and black sausage waffles, its creamy and sour character complimenting the complexity of the waffles perfectly. Sour cream would, of course, work nearly as well in this potato waffle recipe and be quite a bit cheaper.

If you serve this as a breakfast or brunch, try replacing the sour cream with a poached egg. Follow that up with a good coffee. That’s my plan for tomorrow. 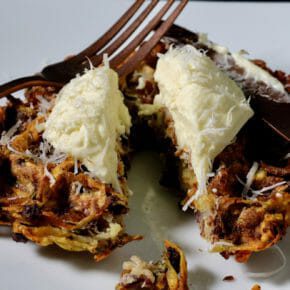 Course: Lunch, Main Course
Cuisine: Mediterranean Inspired
Keyword: black pudding, black sausage, potato
Servings: 4 people
Author: Steve Paris
Crispy potato waffles are a delight any time, but add the complexity of black sausage and a dab of crème fraîche and you have some something worthy of savoring together with a very good wine.
Print Recipe
Prevent your screen from going dark

“We all eat, and it would be a sad waste of opportunity to eat badly.” 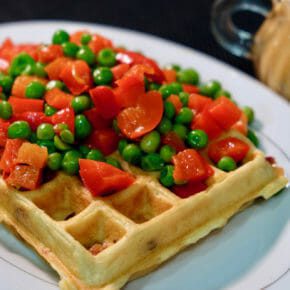 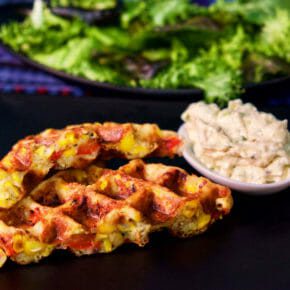 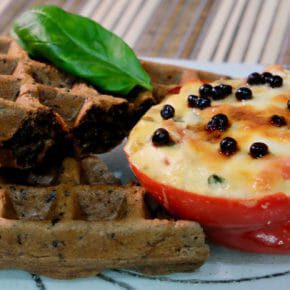 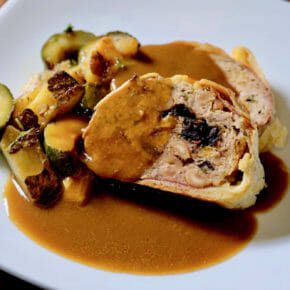 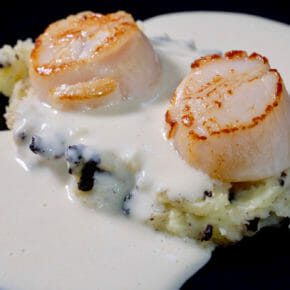