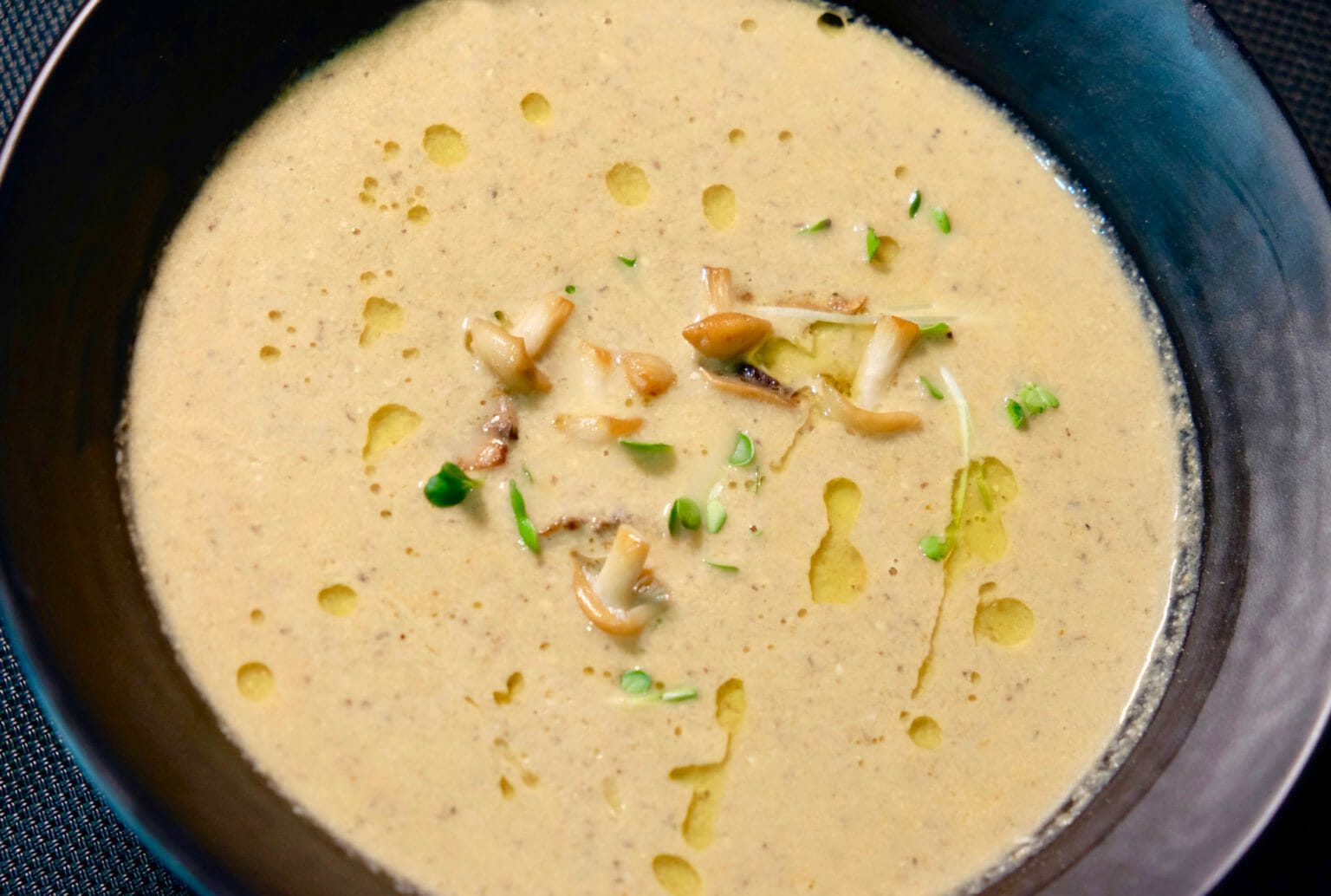 Drawing on the distinct flavour profiles of several mushroom varieties, this vegetarian cream of mushroom soup with truffle oil is complex and satisfying. The drizzle of truffle-infused olive oil is the “special sauce” of this dish.

There is a great range of mushrooms at the Saigon markets that I frequent. Wonderful bold shiitake mushrooms, both large and small, fresh and dried. Button mushrooms are available in some places. Though most of the other mushrooms are quite subtle in flavour, they do play an important role in Vietnamese cuisine.

Very rarely – portobello mushrooms. I make the most of it when I can get these varieties. This was the case on the day I created this cream of mushroom soup.

This mushroom soup would be great without the dried mushrooms. Using them, though, provided a big umami boost and a greater depth of mushroom flavour. Since discovering the unique flavour contribution of dried mushrooms, they have become an important component in several delectabilia dishes—for example, this Farfalle pasta with wild mushroom cream sauce.

Dried mushrooms can be quite expensive, and while it is a case of you get what you pay for, the more affordable products are still a great flavour for the money ingredient.

Dried mushrooms, including the water you soak them in, have an amazing earthy flavour that adds a wonderful depth of flavour to this mushroom soup with truffle oil. But be warned, grit can be a challenge. A great post on the topic of dried mushrooms and grit is at thekitchn.com. One important learning is that the water you use to rehydrate these mushrooms is at least as important as an ingredient as the mushrooms themselves. 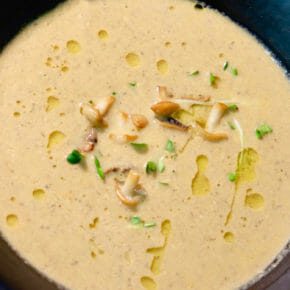 To serve, top with the baby mushrooms, radish sprouts, and a drizzle of truffle infused olive oil.