This cauliflower cashew soup will be nothing like what you are expecting. It’s a rich, sumptuous soup that really doesn’t taste anything like cauliflower. The smoked paprika infused garnish adds a colourful dimension both visually and to the flavour.

Based on a recipe in a 2015 Bon Appétit magazine, this cauliflower cashew soup is so good because the cauliflower is effectively steamed in its own liquid, plus the reduced wine, of course, a French technique called à l’étouffée. I had several unexpected guests one evening that I prepared this. It scaled well. So many empty bowls and questions of “What was in that soup?”

One of the satisfactions of cooking dishes that are a little unusual, such as this cauliflower cashew soup, is guests’ reaction when they taste, and love, a flavour profile that they have never tasted before. Usually, it is obvious what the ingredients are, but with a soup like this, the ingredients are anonymous, making those guests reactions even more interesting.

I knew garlic bread would be a great accompaniment. Using black garlic added another layer of flavour and a nice black counterpoint to the white soup. That brings to mind this roasted fennel, cauliflower, and cannellini bean soup that was even more black and white.

The black garlic is not critical to the dish, but do give it a try. It is much milder than fresh garlic, yet has a wonderful complexity of flavour. 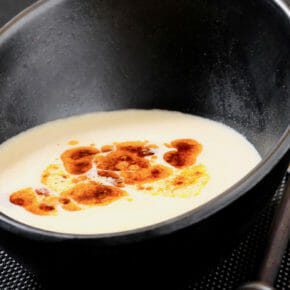 Course: Lunch, Main Course, Soup
Cuisine: Mediterranean Inspired
Keyword: cashews, cauliflower, soup
Servings: 6 people
Author: Steve Paris
This cauliflower cashew soup will be nothing like what you are expecting. It's a rich, sumptuous soup that really doesn't taste anything like cauliflower. The smoked paprika infused garnish adds a colourful dimension both visually and to the flavour.
Print Recipe
Prevent your screen from going dark

“A recipe has no soul. You, as the cook, must bring soul to the recipe.” 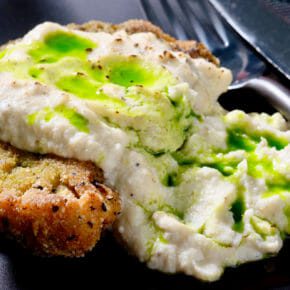 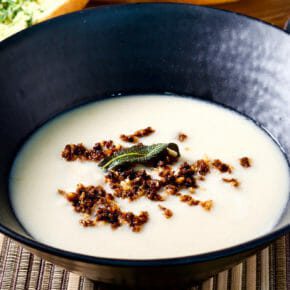 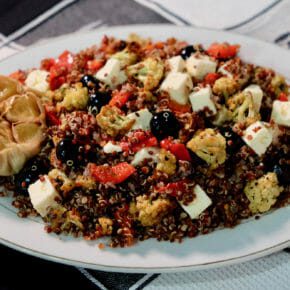 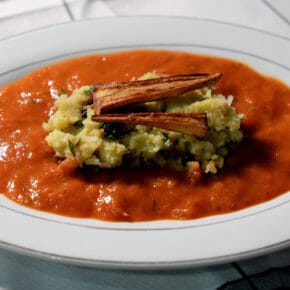 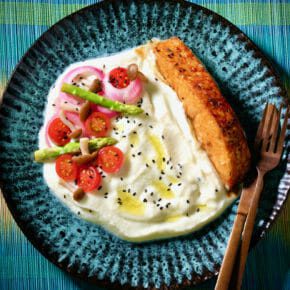