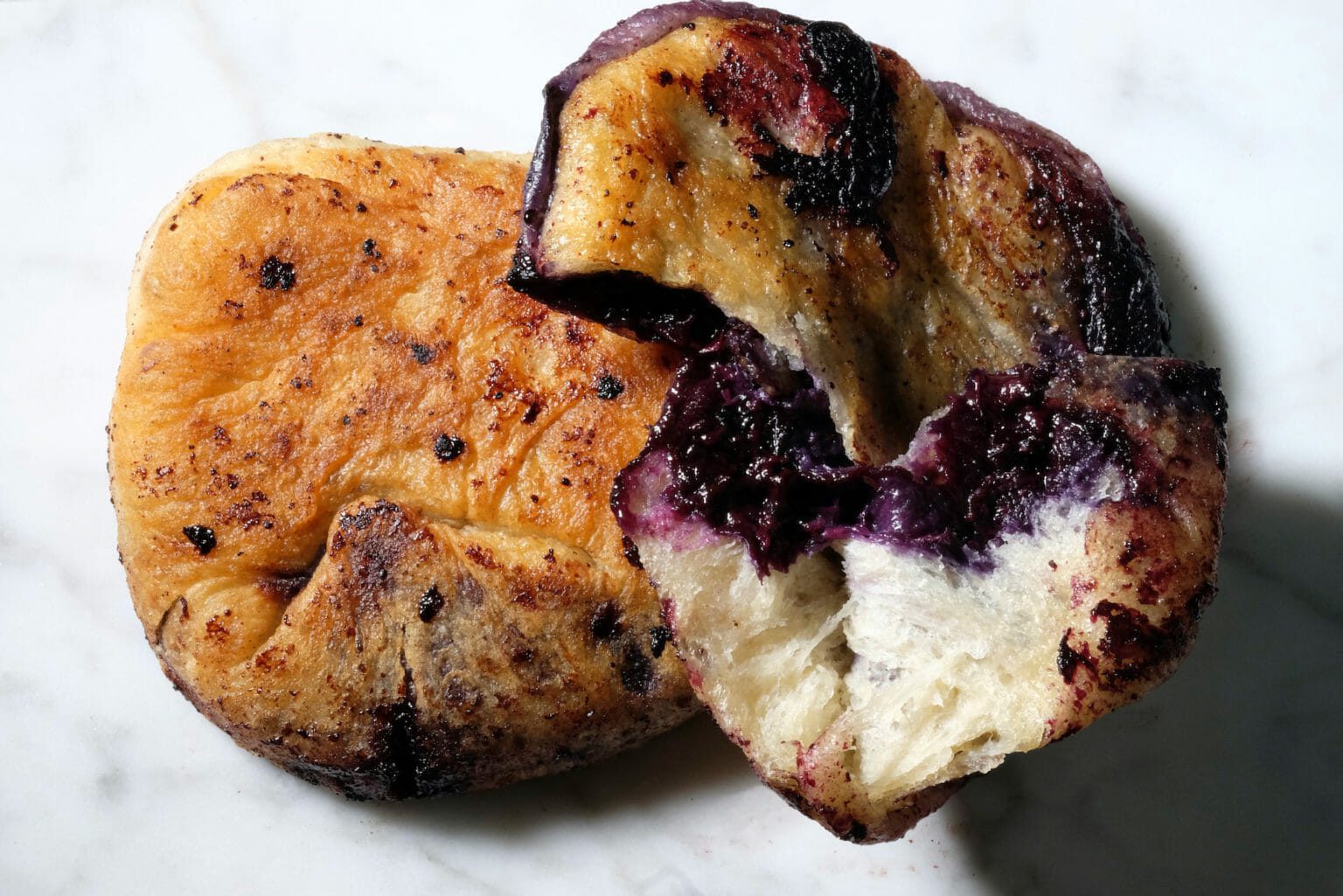 Hotteok is Korean street food. The dough is wrapped around a sweet filling, normally a mix of sugar, nuts, spices, and then shallow fried. In this hotteok recipe, the filling is a delicious blueberry reduction and a slice of brie.

In many countries in Asia, it is a street food that defines the cuisine, not fine dining. This is very true in Vietnam, Thailand, and Malaysia. It was true in Singapore in decades past. To clean up the streets, street food vendors got moved into hawker centres. These have, in turn, earned culinary significance in their own right, including a couple of Michelin stars.

South Korea has a similarly rich street food tradition. Hotteok is one of these popular street food items. While there are various fillings, the sweet, spicy, nutty filling appears to be the classic and most popular one. There are others, including savoury fillings. I couldn’t find any references to a blueberry and brie filling, but because I love both these ingredients, especially together, why not incorporate these in a hotteok recipe? Blueberry reductions are awesome!

Great video about making hotteok as a street food…

As is so often the case, the street food vendors make it look so easy. It isn’t. But it is fun having a try. The result was certainly worth the effort. While the hotteok were great on their own, they also made a great dessert with some whipped cream or ice cream. And they freeze well, so make a lot.

In terms of ingredients, the dough is very similar to pizza dough. However, frying the hotteok dough produces something significantly different from a baked pizza base. I love them both. 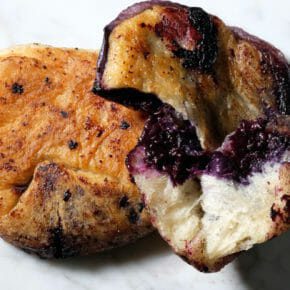 Course: Dessert, Snack
Cuisine: Asian Inspired
Servings: 8 hotteok
Author: Steve Paris
Hotteok is Korean street food. A dough is wrapped around a sweet filling, normally a mix of sugar, nuts, and spices, and then shallow fried. Here the filling is a delicious blueberry reduction and a slice of brie.
Print Recipe
Prevent your screen from going dark

Black Bean Wellington with a mushroom miso gravy
Next Post: Recipe for gazpacho with a seared scallop